A maiden season for a Super Rugby expansion side is challenging in the best of circumstances.

But for the Fijian Drua, a global pandemic has added several layers of complexity as they prepare for their historic season opener against the NSW Waratahs in Parramatta on February 18. 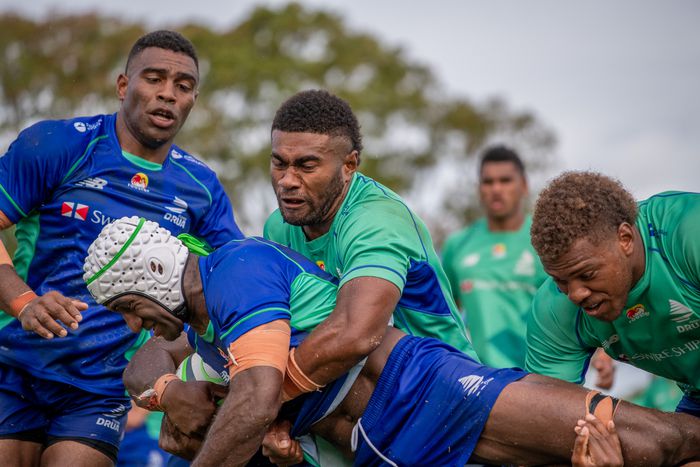 COVID-19 roadblocks meant the Drua – who played in Australia’s National Rugby Championship before graduating to Super Rugby Pacific – have based themselves in NSW’s Lennox Head, rather than Suva, to prepare for the big dance.

Season one will be a nomadic experience, to say the least.

They also hope to play in front of their rugby-mad home fans at Suva’s ANZ Stadium in round 11.

The lanky Randwick playmaker once dubbed “Bernie Larkham” by teammates is set to win the race for the Waratahs No.10 jersey in round one of Super Rugby, after being named in the hotseat for NSW’s last trial match against Queensland.

Ben Donaldson will play five-eighth in a near full-strength Waratahs team for the trial in Roma on Saturday night, in a backline also containing Wallabies Jake Gordon, Lalakai Foketi and Izzy Perese, and with former Wales centre Jamie Roberts named on the bench.

Along with Angus Bell, Harry Johnson-Holmes and Lachie Swinton in the forward pack, new Kiwi recruit Geoff Cridge will start at lock.

The three-way jostle for the no.10 jersey has been won by Donaldson ahead of Tane Edmed and Will Harrison. 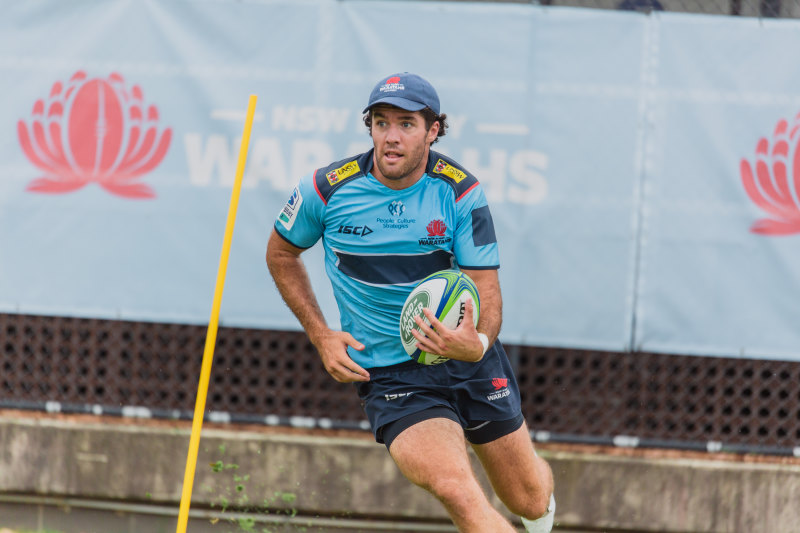 An AC-joint shoulder injury picked up in the Brumbies trial two weeks ago ruled Harrison out of the Queensland clash – and will see him race the clock for round one – but Donaldson’s nose was in front regardless after finishing last year in the no.10 and then playing strongly in the trial win over the ACT.

Donaldson, who debuted for NSW in 2019, was injured heading into last year’s season and was behind Harrison in the pecking order. But injury to his former Australian under 20 teammate mid-year gave Donaldson a starting chance and a dominant performance against the Force saw the 22-year-old stay in the seat for the last three games.

The Chiefs are set to kick off their Super Rugby Pacific season against the Highlanders on February 19 and after last year’s slow start, which almost saw them losing sight of the play-offs just three games into the competition, coach Clayton McMillan will be hoping his charges come racing out of the blocks.  All the news, links, tickets, merchandise, viewing options and much more relating to Chiefs v Highlanders

Although the Chiefs boast 10 All Blacks in their ranks from last year’s test season, many of those men played smaller roles in the national side’s lengthy campaign and, as such, may be expected to be ready to suit up for the opening round of the competition. There are also a number of players in the squad whose provincial campaigns were disrupted by injury or Covid, which could also factor into McMillan’s selections for the Round 1 clash.

Perhaps the biggest difficulty in predicting their opening line-up, however, is that there’s so much competition in the team’s ranks. In most positions, there’s little separating the various candidates who will be putting their hands up for starting jerseys. Just last week, McMillan made it clear that pre-season performance will have a big impact on early season selections which means this Friday’s match-up between the Chiefs vs Moana Pasifika will be significant.

The jerseys may be different but some things never change 🤝 pic.twitter.com/p2kohOIIyU

The Chiefs have given Moana Pasifika a reminder before their first journey into Super Rugby, whipping the rookies 61-7 in Friday’s pre-season conflict at Mt Smart Stadium.

In any case, while Moana Pasifika won’t be happy with the last scoreline, the group can be excited with the reality more than $25,000 was raised because of the match, with all assets for aid projects for those impacted by last month’s Tongan torrent catastrophe.

In a match played more than three separate spells of 30 minutes, the Chiefs ran in nine attempts and yielded just one consequently, expanding on their noteworthy 2021 season under mentor Clayton McMillan.

It required only 12 minutes for the Chiefs to score, as prostitute Leni Apisai landed from a destroy, before lock Laghlan McWhannell did likewise a little more than 10 minutes after the fact.

The Chiefs scored one more three attempts in the subsequent spell, with wingers Etene Nanai-Seturo and Jonah Lowe, and whore Bradley Slater all adding their names to the scoresheet.

The last period saw the Chiefs add one more four attempts to their count, with new marking Josh Ioane, a second for Lowe, Emoni Narawa and Chase Tiatia all adding five-pointers before the last whistle.

While limited in possession, Moana Pasifika were able to score their one and only try before fulltime, as centre Fine Inisi crossed over for his side’s first and only of the evening.

New Zealand Rugby (NZR) has made the decision to relocate the six New Zealand-based Super Rugby Pacific squads to Queenstown to mitigate against the risk of COVID-19 side-lining any of the teams.

“Under current COVID-19 regulations it would only take one positive case entering a squad environment to shut down an entire squad for 10 days. The knock-on effect for the rest of the competition would be the postponement or cancellation of matches,” Lendrum said.

“By moving the teams to a secure hub, we believe we have a good chance of preventing a COVID-19 infection, or close contact event, side-lining one of our teams for a prolonged period. The plan is currently for the teams to move to Queenstown early next week and remain in Queenstown for the opening three weeks of the competition.”

Chiefs Rugby Club CEO Michael Collins said the move to Queenstown was seen as a temporary measure with plans in place for teams to return to their home bases and regular venues in March.

“We have been working alongside New Zealand Rugby and the other New Zealand based clubs to formulate a plan to mitigate the risk of Omicron and maintain the integrity of the Super Rugby Pacific competition. While we are pleased we have been able to commit to a solution, we recognise and are grateful for the sacrifice our Gallagher Chiefs players, team management and their whānau have made in order for the Super Rugby Pacific competition to continue on schedule.”

“We know this decision directly impacts our sponsors, members and fans. However the agreed setup will continue to allow our loyal supporters to watch us compete in Super Rugby Pacific. We are disappointed the Gallagher Chiefs are unable to play at FMG Stadium Waikato this month in front of our passionate home crowd. However we want to reiterate we are working tirelessly to see how our whānau, sponsors and members are able to be involved when the Gallagher Chiefs return in round five,” said Collins.

The Gallagher Chiefs will join the Blues, Hurricanes, Moana Pasifika, and fly to Queenstown on charter flights, while the Crusaders and Highlanders will bus south over the coming weekend.

The squads will operate in separate bubbles with exclusive use of training facilities in the Queenstown area. Day matches will be played in Queenstown at the Wakatipu Rugby Club whereas teams will bus to and from Rugby Park in Invercargill for any night matches.

Matches are scheduled to be played according to the revised Super Rugby Pacific draw announced last December with all matches broadcast live and exclusive on Sky. All matches will be played without crowds at the red level of the traffic light settings.

Teams will stay in local hotels and will utilise COVID-19 protocols successfully implemented by the All Blacks during last year’s Tudor Northern Tour. While players and staff will be able to undertake some outdoor activities during their stay, they will remain in their team bubbles at all times and will be subject to regular rapid antigen tests.